Fri. 13 May '16
​PRESENTATION NIGHT
At 14:00 today the Southern Combination Football League released the initial set of fixtures for the 2016/17 season.

​The 1st Team will launch their league season with a trip to our friends at Worthing United on Saturday 13 August with the first home match to follow on Tuesday 16 August when Shoreham are the visitors.

​The season is scheduled to end on Saturday 29 April 2017 with the visit of Eastbourne United.

​The full known fixture lists for both teams are published in the Team section of the website - see the menu above.

​The first two weeks of the SCFL looks like this: 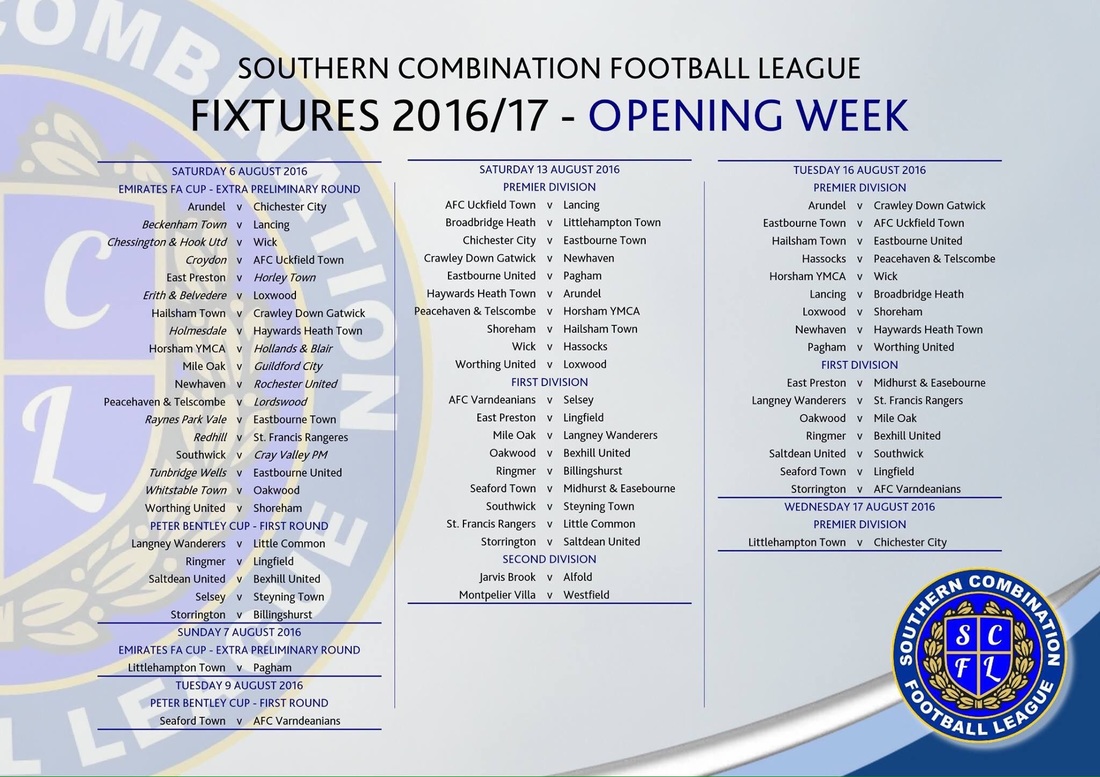 ​Also released have been the initial three fixtures for the reformed Reserve Team. They will get underway by hosting Chichester City on Saturday 27 August with Lingfield arriving the following Saturday and then a 2 week break until they visit Broadbridge Heath.