The Club can now confirm the details of the forthcoming Under 18 trial session.

Our U18 side has just secured the Combined Counties U18 South Division title in only their second season in the competition. This is an especially pleasing achievement when it is considered that the majority of the squad were actually under 17 years old. What was equally pleasing was that 10 of that squad featured for the Magpies' 1st Team at some point during the last season, demonstrating the club's commitment to developing young players and giving them a clear, managed pathway into senior football.

The side will continue to participate in the CCFL, with matches taking place on either Monday, Wednesday or Thursday nights and the whole squad will train on Tuesday or Thursday evenings (depending on that week's match) at the same location as the 1st Team squad thereby ensuring exposure to senior-level football is not just limited to matches. Until October training will be at the club and then from 7pm (on Mondays) on the excellent 4G surface at Horsham Rugby Club until the end of March.

​We believe we offer an all-to-rare opportunity for young players in the area to gain experience of Senior football in a controlled environment to aid their development fresh out of youth football.

​With the 2018/19 season now complete, The Magpies are now looking for fresh talent ahead of next season and as such are holding a trial which is open to all current U15, U16 and U17 (school years 10, 11 & 12) players. However, we know that now is an important time for many as they take exams, so we don't want football to be a distraction from that, as such we shall be waiting until that period is complete.

​The trial itself will be held at Horsham Rugby Club from 19:00 until 21:00 on Tuesday 25 June at the same time that the 1st Team shall be training, and all interested players should confirm their attendance by contacting our Under 18 Manager, Matt Camp, either on 07515 059 766 or using the online REGISTRATION FORM providing their name, age and preferred playing position.

This trial will be in the form of a training session in the same way that we would operate during the season with warm-up, speed work, drills and coaching, before we finish with either an 11-a-side match or a couple of small-sided games. We undertake our trail in this way because we want to see how players respond to coaching as much as assessing their technical ability. We also believe it is vital that prospective players experience how the club is run, so that they are comfortable it is the right choice for them, and managing the trial this way offers that opportunity. The session will be taken by a combination of the U18 & 1st Team management & coaches, and will be tailored to the playing position of each participant.

​If you'd like any further information on this opportunity or the Under 18 side in general then please do use the details above to contact Matt.
REGISTER HERE 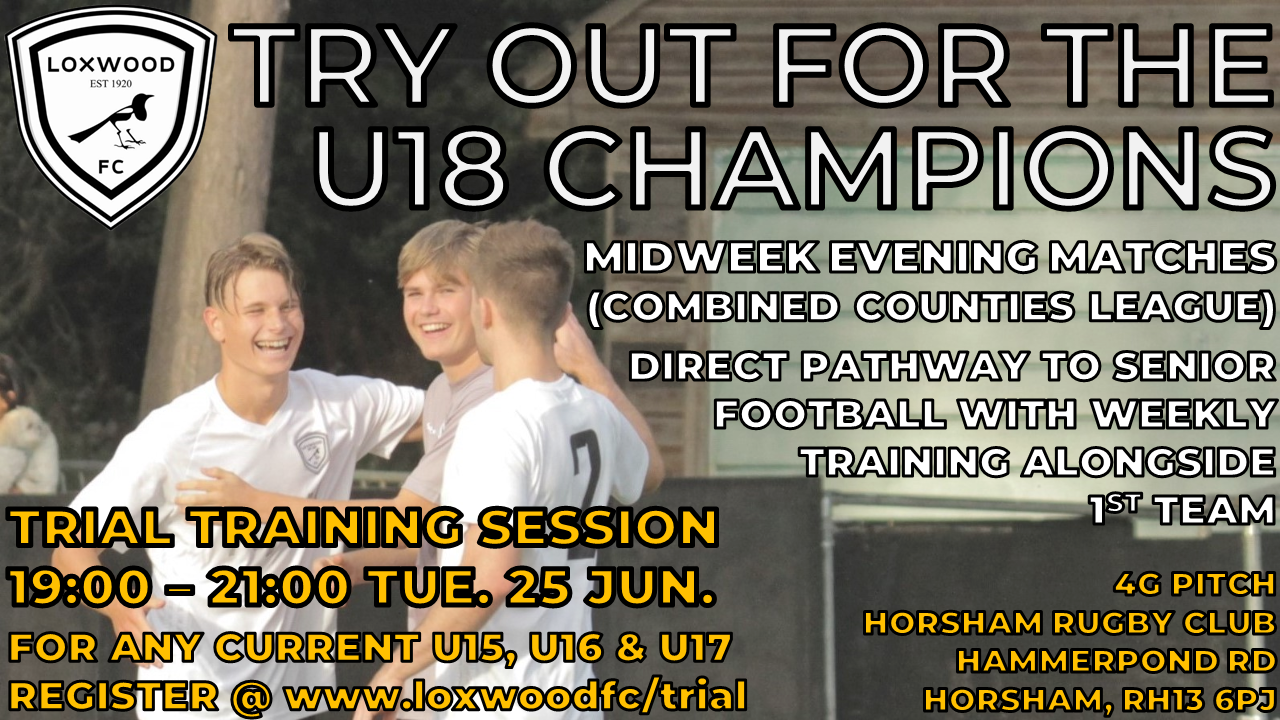